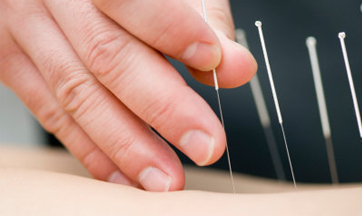 Introduction & Aim: Chemotherapy is a long-term therapy that can lead to many complications in under treatment patients. One of the most common complication of this therapy, is fatigue that 40 to 90 percent of patients experience it. The aim of this study is to determine the effect of auricular acupressure in relieving fatigue among the women who suffer from breast cancer and receive chemotherapy.

Methods: This is a crossover clinical trial. A total sample of 48 women suffering from Breast Cancer who was receiving chemotherapy as outpatients was recruited to the study. After getting informed consent forms, the patients who were qualified regarding the inclusion criteria of the research were allocated into two groups of A and B through block randomized sampling method. In the initial phase of chemotherapy, the group B received routine medications for controlling nausea and vomiting as well as auricular acupressure for five days. Meanwhile, the group A received only the routine medications. In the second phase of chemotherapy, the position of the two groups was exchanged. The data were gathered by using Fatigue Visual Analogue Scale Standard Questionnaire within five days. The results obtained from both groups were compared by using the SPSS software and statistical tests.

Results: results show, patients in intervention with ear acupressure reported moderate fatigue also the ear acupressure has been resulted a significant reduction in fatigue. The maximum intensity of chemotherapy induced fatigue in third day after chemotherapy. Also the result shows that patient satisfy from era acupressure and suggest this method to another patient.

Conclusions: Fatigue in patients receiving chemotherapy is a very common problem and it is important that the quality of life are dramatically affected. Regarding the effect of acupressure to reduce fatigue is recommended the Members of the healthcare team, especially nurses of this method as a low-cost, safe and easy to use for patients with cancer.